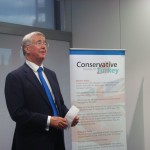 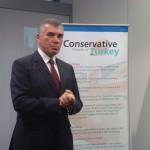 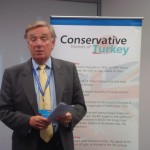 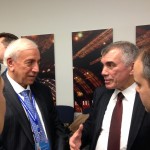 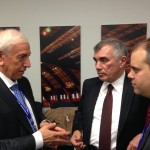 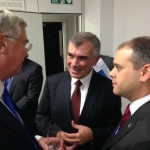 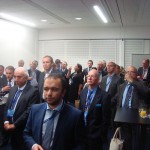 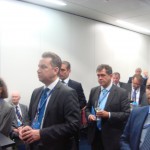 Pera Consulting and Other Guests 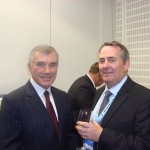 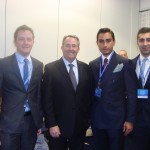 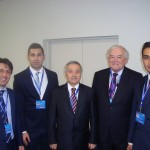 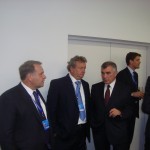 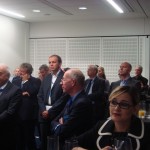 Counsellor Nazmiye Basaran and other guests 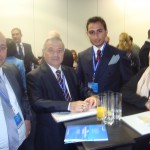 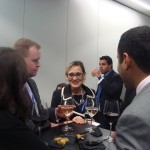 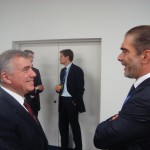 HE Turkish Ambassador Cevikoz and guests

Violent clashes between police and protesters have continued for a second day in Turkey, as the prime minister, Recep Tayyip Erdogan, condemned the demonstrators as “extremists running wild”.

The government, while acknowledging some excesses by police in two days of clashes, called on the demonstrators to leave the streets after protests in 48 cities.

Rights groups denounced police violence, with Amnesty International saying that there had been two deaths. Turkey’s Western allies Britain and the United States have called for the government to exercise restraint.

According to official figures, the clashes over the last few days have left dozens injured. Amnesty put the figure in the hundreds and said that some protesters had been left blinded by the massive quantities of tear gas used by police.

Overnight on Saturday, however, protesters in Taksim Square were celebrating their victory over the police, dancing and singing, with some even launching fireworks. 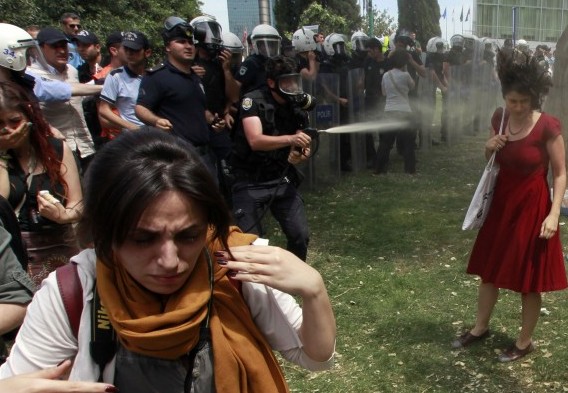 The police is said to use excessive tear gas on protesters.

“We are here Tayyip, where are you?” they chanted, taunting Prime Minister Recep Tayyip Erdogan.

What began as an outcry against a local development project snowballed into a broader protest against what critics say is the government’s increasingly conservative and authoritarian agenda.

And since the first clashes on Friday, the unrest has spread to dozens of other cities across the country.

On Saturday, police in Ankara blocked a group of demonstrators from marching on parliament and the prime minister’s office.

Speaking at a rally on Saturday, Erdogan acknowledged: “It is true that there have been some mistakes, extremism in police response.”

But he added: “I call on the protesters to stop their demonstrations immediately.”

He also vowed to push forward with controversial plans to redevelop the square – the issue that sparked the protests.

The interior ministry promised legal action against police officers who had acted “disproportionately.”

The police have been heavily using tear gas on the protesters.

At Taksim Square, a popular tourist destination and traditional rallying site in Istanbul, the mood was defiant.

“We are still ruled by a prime minister who thinks people are lambs and declares himself the sultan,” said 19-year-old law student Batuhan Kantas, sitting exhausted on the ground.

Interior Minister Muammer Guler said that 53 citizens and 26 police officers had been injured across the country, with one person in intensive care at an Istanbul hospital.

The minister also said police had detained 939 protesters in more than 90 demonstrations in 48 cities, though some had later been released.

Officials said a dozen people were being treated in hospitals.

But Amnesty International spoke of reports of two deaths and more than a thousand injured, although there was no official confirmation of those figures.

In a statement, it said they opened its Istanbul offices, near Taksim Square, to give sanctuary to protesters and 20 doctors were treating injured protesters there.

Turkish protesters clash with riot police near the former Ottoman palace, Dolmabahce, where Turkey’s Prime Minister Recep Tayyip Erdogan maintains an office in Istanbul, Turkey, late Saturday, June 1, 2013. Turkish police retreated from a main Istanbul square Saturday, removing barricades and allowing in thousands of protesters in a move to calm tensions after furious anti-government protests turned the city center into a battlefield. A second day of national protests over a violent police raid of an anti-development sit-in in Taksim square has revealed the depths of anger against Prime Minister Recep Tayyip Erdogan, who many Turks view as increasingly authoritarian and dismissive of opposing views.(AP Photo)

“But the excessively heavy-handed response to the entirely peaceful protests in Taksim has been truly disgraceful,” he added.

Human Rights Watch also suggested the real casualty figure was much higher than the official figures. One protester had lost an eye after police shot him with a plastic bullet, the group reported.

The US State Department called on Turkey to uphold “fundamental freedoms of expression, assembly and association, which is what it seems these individuals were doing”.

“We urge authorities in Turkey to exercise restraint and not to use tear gas indiscriminately,” the British foreign office tweeted on Saturday.

The Istanbul protest began as a peaceful sit-in at Gezi park across the iconic square.

The demonstrators had been preventing workers from razing some of the park’s 600 trees, the last patch of green in the commercial area, to make way for the restoration of Ottoman era military barracks. Residents fear that the barracks will be turned into a shopping mall.

But the demonstration soon took a violent turn after police fired rounds of tear gas to disperse the protesters.

Clashes raged overnight Friday to Saturday with thousands of people marching through the city, some banging pots and pans as residents shouted support from the windows.

Others held up cans of beer in defiance of a recent law by the ruling Justice and Development Party (AKP) that will restrict the sale and advertising of alcohol. 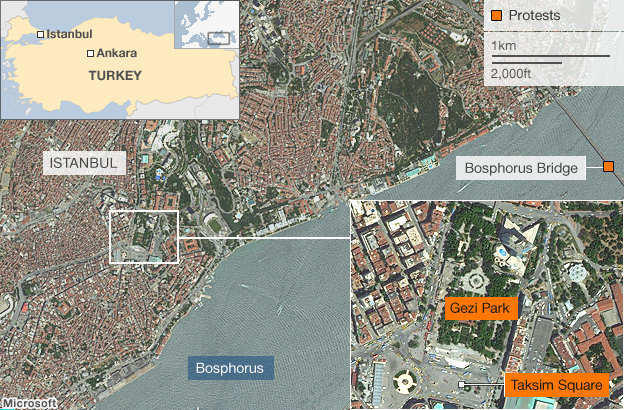 The location of the protests in Istanbul.

Edited for Telegraph.co.uk by Barney Henderson

Mr. Ahmet Davutoğlu, Minister of Foreign Affairs of Turkey participated in the Somalia Conference held in London on May 7, 2013.

Speaking at the opening session Foreign Minister Davutoğlu pointed out that Turkey considers the Somalia Conference as a highly useful occasion in further galvanizing international support to the peace building and state building process in Somalia. Stating that the accomplishments under the leadership of President Mahmoud for the accomplishments since September 2012 are appreciated, Foreign Minister Davutoğlu emphasized the importance of keeping alive hopefulness in Somalia. He added that the most urgent priority in Somalia is to follow a comprehensive and multidimensional strategy.

Referring the importance of implementation of President Mahmoud’s “the Six-Pillar Policy”, “As Turkey, we would like to underline political reconciliation, rebuilding of the Somali security forces and economic recovery and infrastructure development as immediate priorities in Somalia” said Foreign Minister Davutoğlu.

Stressing that the Somali people are in urgent need to have fundamental public services like health, education, transportation, water and energy supplies, Foreign Minister Davutoğlu mentioned Turkey’s efforts to carry out renovation and economic development activities and called the international community to implement infrastructure and development projects.

Foreign Minister Davutoğlu, expressing his pleasure that the UN Assistance Mission in Somalia, UNSOM, will be established as of 3 June 2013, stated that one of the main tasks facing the new Mission is to help Somali central and local administrations in preparations for future local and national elections in the country.

“I would like to express that Turkey will do her best to continue the momentum of state-building and peace-building in Somalia” said Foreign Minister Davutoğlu.